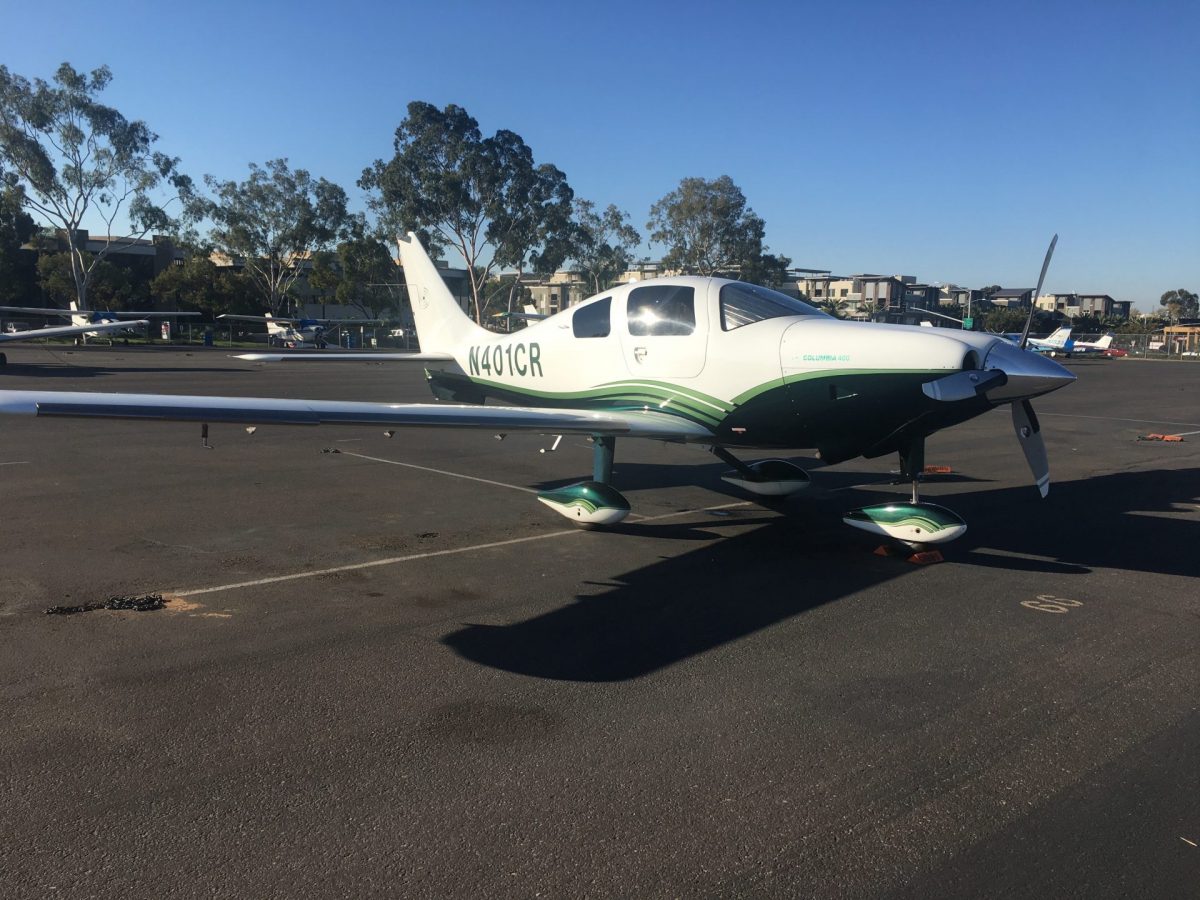 When I was a little kid, I would watch airplanes takeoff and land at the airport. That’s the way most of us got started.

For the TB-21, I was looking for some type of icing solution. The airplane actually came with a TKS prop. That’s how SOCATA shipped the aircraft. I read about the various icing solutions that were available and wasn’t too thrilled with the idea of putting boots on the plane. So I contacted AS&T [now CAV Ice Protection]. It was the first installation your company had done on a TB-21. Getting ahead of myself, I was very happy with the TKS system.

As far as the Columbia goes, that experience was a little bit different. The aircraft was ordered with EVADE, which was the trade name for the Kelly Aerospace electric system for knocking off the ice. That system had some issues with development to the point that when the aircraft was delivered in 2007, it did not have any anti-icing equipment on it at all. Columbia said they were going to hold off on installing the Kelly Aerospace system until some of the problems were worked out.

Over the next several months, the updates went from holding off on shipping the system until the bugs were worked out to giving a choice of either having the system when they got it working or have TKS installed. From hearing a lot about the electric system, it seemed like it was one problem after another. Since I was already familiar with TKS, I chose to have the TKS system installed. Unfortunately, the installation was delayed because that was right about the time when Columbia was going Chapter 11. Cessna installed the TKS kit on the airplane once that was resolved.

It gives me more peace of mind that if conditions aren’t as forecast, I have something I can do about it. It’s a very useful system. Does it increase the utility of the plane? Absolutely. The next step for me would be to go with a FIKI certified TKS system.

I had one particular experience in the Trinidad. This was Labor Day weekend, September 1995. I was departing Bozeman and flying to California. It was a typical summer day in the northern Rockies. There was no forecast for icing, no AIRMETs or anything. I ended up getting into some orographically lifted clouds to the southwest of the airport. At 18,000 feet the plane started picking up ice, which in retrospect was probably SLD. I did two things; turned the system on and asked for a climb. It was extremely satisfying to see the ice build up—which in the span of a minute was ½ to ¾ of an inch—and slide off the wings as the fluid began to come out. It did what it needed to do. That was extremely gratifying.

There have been a number of occasions over the years where I would be on a route where the MEA was relatively high for a short time, and other aircraft that are operating in the same area, also IFR, complain about ice and want to go lower. They are then told they can’t because they’re at MEA, and that’s the best you’re going to get. You hear their stress level rise as they’re trying to get through it. I look out the window and think, big deal, right? The system is working just fine, and I’m a lot more comfortable, a lot more relaxed than I would be if I was stressing over not having any system on the plane at all.

How do other ice protection systems compare to TKS?

In-between the Trinidad and the Columbia, one of the planes I had was a Malibu Mirage, which is another fantastic airplane. But my subjective impression was that the boot system on that aircraft did not work as well keeping ice off the airframe as the TKS system did on the Trinidad.

Whenever I would fire the boots, it always sounded like an old-style player piano with the hissing and the noise. The vacuum pumps were relatively expensive items to replace when they rolled over and died, which wasn’t that unusual. There was an occasion when the boots on the horizontal stabilizer were not working. A pneumatic fitting failed, even though everything annunciated back in the cockpit. The problem wasn’t discovered for a few months.

I like the simplicity of TKS. That’s certainly a virtue in airplanes, to keep things simple. As I mentioned earlier, it seemed to do a better job in keeping the airframe clear than the boots. You don’t have concerns about runback ice like you do with boots. However, it is a consumable. You have to be aware of that, especially when you’re traveling.

Virtually every manufacturer in the GA market that has gone FIKI (Flight Into Known Icing) has used TKS Ice Protection. The SR22, TTx, DA42, DA62, Quest, the Caravans, etc. They haven’t used EVADE and they haven’t used boots. So what does that tell you? It’s a simple system that works. It doesn’t get much simpler than having a pump in the line and everything else being pretty passive. Certainly you can get leaks in the fittings and whatever, but the reality is that it’s a lot less complex than its competitors. The only part I have had to order in ten years is a replacement filter.

Having TKS doesn’t make you bulletproof by any stretch of the imagination, though it does certainly add utility, and it’s one less thing you have to be quite as concerned about.

Learn More About TKS for the Corvalis