Cary M. lives in the Midwest and flies around the Midwest. He previously owned a 2007 Diamond DA42 equipped with Flight Into Known Icing (FIKI) certified TKS Ice Protection. Cary also owned a Cirrus SR22 with TKS, and has 10 years with TKS-equipped aircraft. 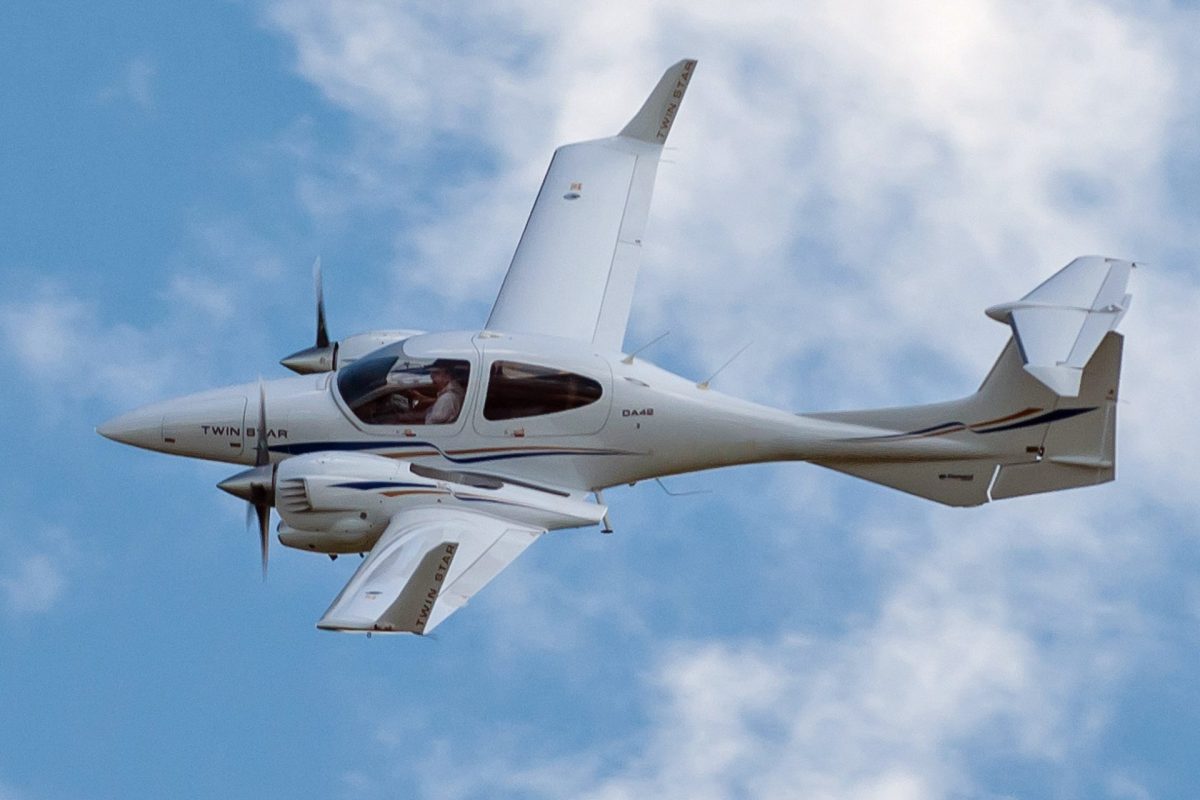 It is something I wanted to do later in life, so I started taking lessons in 1992 at age 45. Primarily I fly for personal use, although on occasion I fly for business.

I previously owned a Cessna 310 that had boots, but the boots had to be removed when I purchased the plane because they didn’t work and were in very poor shape. I flew the C310 without any ice protection. Since I was based in the Minneapolis-St. Paul area, you can imagine that flying IFR put me in icing situations most of the year.

Returning from El Paso, Texas to Minneapolis, Minnesota I got into severe icing on final approach to KANE and, despite at maximum power, was barely able to keep the plane at MDA (minimum descent altitude). After that, I knew if I was going to continue to flying IFR in winter I would need icing protection.

The TKS system on my DA42 afforded me that icing protection and I used it frequently. While waiting for the DA42 to be built, I purchased a Cirrus SR22 with an inadvertent TKS system. In the 65 hours I flew that plane I encountered ice on several occasions and was very pleased with the result.

There is no question in my mind that having FIKI certified TKS has markedly expanded my mission. While I still avoid known ice or likely ice encounters, I do not cancel IFR missions as often as I did when I did not have TKS.

Yes, on one mission—actually an Angel Flight trip—from St. Louis, Missouri to Columbus, Ohio I encountered rapidly building ice. Dayton approach would not answer my calls until the fourth call when I was ready to declare an emergency. Even then they would not let me descend because of traffic going into or out of the Dayton airport. Ice was flinging off the propellers and banging against the fuselage. I did lose a bit of airspeed, but was able to successfully land at Columbus with only minimal amount of ice on the protected surfaces. More than an inch had accumulated on the unprotected surfaces. Interestingly, a corporate jet that landed at the same time had more ice on its protected surfaces than I had.