Clint Davies lives in New England and flies throughout the Northeast, East Coast, Midwest and occasionally the West Coast. Clint’s 1984 Beechcraft B36TC Bonanza is equipped with inadvertent TKS Ice Protection, which he has flown since 2010. 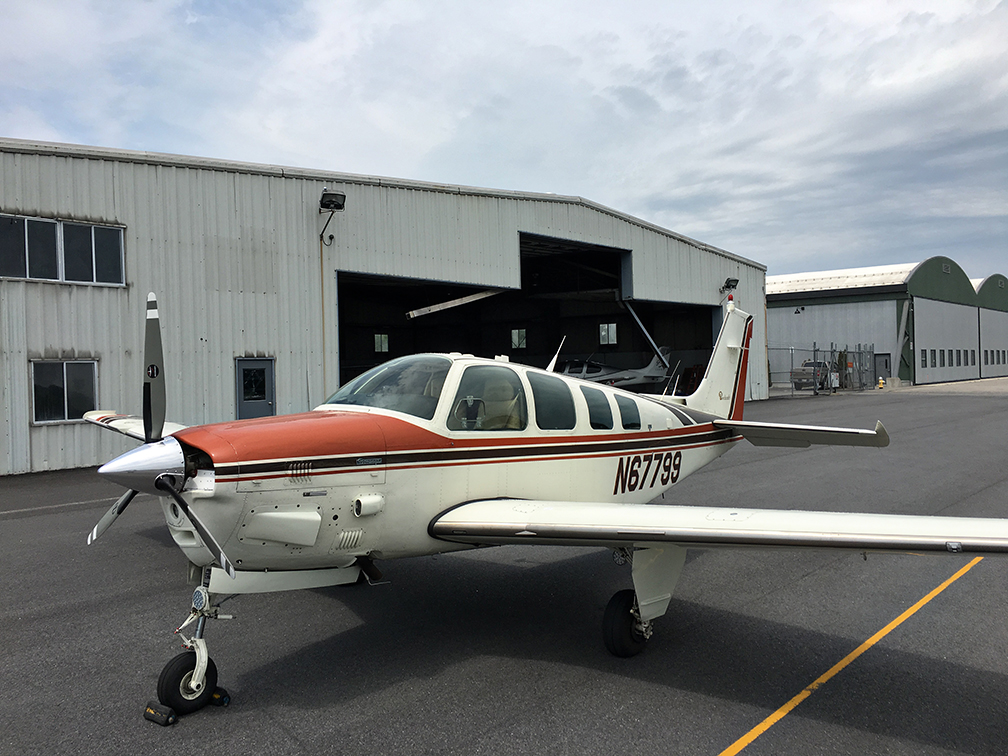 I started flying 40 years ago in high school. I got my private, instrument, commercial, and flight instructor’s licenses when I was in college.  I then worked as a flight instructor and did some charter flying when in graduate school. For the last 30 years I’ve flown mostly for business and personal use, however, I still try to fly to the same standards as when I was flying commercially.

The regions that I fly in have ice six to seven months out of the year. I find it everywhere I fly. In Florida during the winter time, ice at 9,000 to 10,000 feet is not unusual. I bought the airplane with a turbocharger so it would give me more options to avoid ice. I find that the TKS, again, helps give me options to avoid ice. For example, if climbing or descending through a layer where ice is suspect, I turn it on.  TKS allows me to handle trips with less stress than in an airplane with no ice capabilities.

Having options allows me to complete my mission much more often. If there are icing conditions I cannot avoid, I will cancel a trip. But I find very often times that there is the potential for icing conditions, and with the TKS system I can lay out a realistic strategy to avoid the ice. For example, flying in clear air above icing conditions is often very feasible with a turbocharged airplane. I can get above the clouds and avoid it. If I have to descend through clouds I turn the TKS system on and, if I do pick up ice, it becomes minimal. The TKS system works pretty well in this regard. It’s not a be all, end all. You have to use judgement with it.

When you have a plan to stay out of icing conditions, TKS makes it realistic to fly that plan. In an airplane without ice protection capabilities, doing so would not be realistic.  For the conditions it’s intended, using the TKS system as an anti-ice and within the capabilities of a Bonanza, it works really well.

Before I had the TKS system my plane had a hot prop.  While that was helpful, it didn’t give me the confidence to fly the way the TKS system does. In terms of comparisons to other systems, for a piston engine airplane I think the TKS works very well and is better than boots.