Dean Hanson lives in Minnesota and flies throughout the United States, primarily in the Upper Midwest. He owns a 2017 Cessna TTx equipped with Flight Into Known Icing (FIKI) certified TKS Ice Protection. 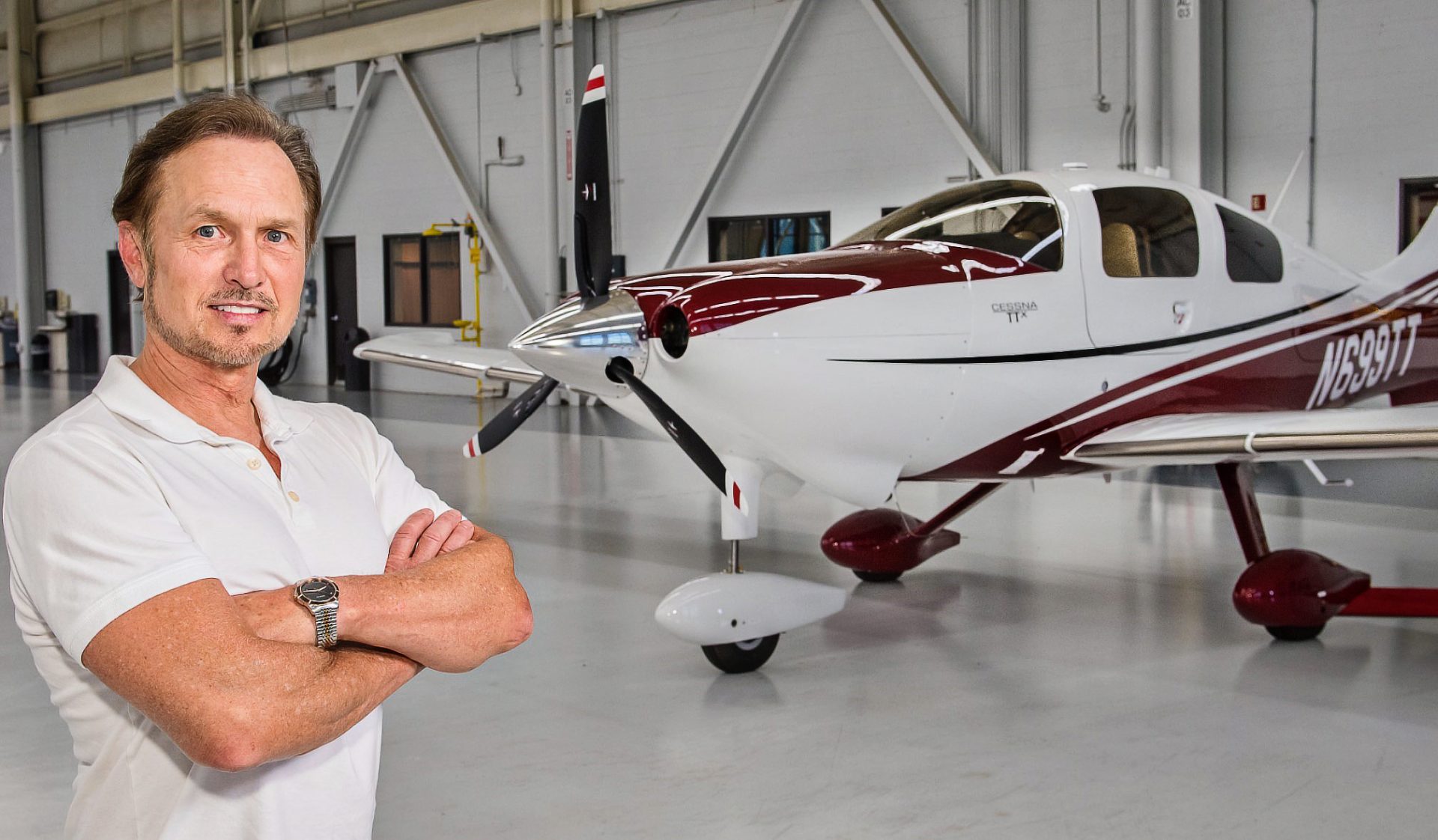 In 1978, I got my pilot’s license as something fun to do. I enjoy flying for both business and pleasure.

I know that I am going to encounter icing, especially during the winters in Minnesota. I wanted to have an ice protection system on the airplane that would allow me to safely descend or ascend through icing conditions so that I do not have to be worried that my airplane will ice up and I find myself in a very dangerous situation.

TKS was a factory-installed option. I selected it because I felt that it was a critical part to having a modern and safe airplane, especially since I am based in one of the northern states where there is a lot of icing conditions.

The TKS system is important to me because I know that I can go into clouds and have a mechanism by which my aircraft can be kept clean of ice and therefore continue to have well-functioning aerodynamic properties.

I’m in charge of all the new home design for my company, Hanson Builders. Because we are the leader for new home design in the Minneapolis area, I need to frequently go outside of our local market to find creative ideas for new products and designs. To do that I fly to different areas in the United States to look at what is being built in those sections of the country. This inspires new, creative ideas that I am able to implement in the Minnesota market.

During my instrument rating, which occurred in Cloquet, Minnesota (with Venture North), we did a lot of flying in actual IMC. The icing was very prevalent. Airplanes without FIKI were grounded (would have been very unsafe to fly them). While flying in the clouds and running the TKS system, my airplane was completely clean with no ice accumulation on the airfoil systems. The propeller, the hood, the windshield, all the wing surfaces, the tail surfaces, and the vertical and horizontal stabilizers were totally clear of any ice.  This was in spite of the fact that I spent a lot of hours in IMC. There was ice buildup on the landing lights and wheel fairings, which are unprotected areas, so that is to be expected. It’s amazing how well it works. The even distribution of the deicing fluid over the aircraft made for an extremely effective, clean airframe.