Discovered in CAV’s archives, the following press release circulated prior to the flight test boasts of it as an aircraft type that “…may remain current for twenty years.”.

In fact, it didn’t just pioneer executive travel but remained in production for the next 50 years with more than 1600 aircraft manufactured; many of which continue to fly.

The release details how de Havilland combined their experience of jet airline designe with knowledge of light transport to create a simple and elegant aircraft.

Providing exceptional range and economy, flexible for private, civil and military use, it promised “much higher standards of speed and comfort”, while keeping costs at a comparable level to current similar aircraft.

Already employed by the Hawker Siddeley Aviation family on the Avro Shackleton, TKS® was not only the most advanced ice protection system on the market, but its attractive and robust design preserved the aesthetic of the aircraft whilst minimising maintenance costs.

In 1989, CAV also became responsible for the entire manufacture of the Hawker’s leading edge sections and TKS® remained on the Hawker until the last 900XP rolled off the production line in 2012.

Today, we are the only company equipped to overhaul TKS® panels and Hawker leading edge sections to the original specifications; we can fully guarantee the parts will fit, as they are assembled in the exact same way that they were originally manufactured.

Whilst Hawker business jets may have ceased production, TKS® remains general aviation’s leading ice protection system and we continue our commitment to the service and repair of the panels and leading edges of the many Hawkers still in the air.

The de Havilland Jet-Powered Executive Aircraft
——–
DH.125 with Bristol Siddeley Viper 20 engines
——–
Built like a jet airliner,
by the builders of jet airliners

The DH.125 announced by Hawker Siddeley Aviation on April 6, 1961, is a small twin-jet cabin aircraft suitable for private business travel and for numerous other functions both civil and military. It will be powered by two rear-mounted Bristol Siddeley Viper 20 engines of 3,000lb. static thrust.

It is being built by de Havilland for world markets, and mainly to meet the demand of business executives for much higher standards of speed and comfort while keeping cots for a well utilised aeroplane down to a level comparable with to-day’s aircraft of about the same size. It will provide world-wide travel at 500 miles an hour, 800km./hr.

The market research for this project followed the customary de Havilland method. The needs, experience and opinions of users in all important countries were consulted over a long period. Production proceeded in 1961 directly from the design stage. The initial sanction in April 1961, was for a batch of 30 aircraft, and tooling arrangements provided for a quick expansion.

The first DH.125 aircraft is approaching completion. The intensive flight-trials programme which will follow the first flight is aimed at achieving by June 1963 full A.R.B certification up to the high standards of the Air Transport Category. Thereafter production models will begin to flow off the lines of the Company’s Chester factory for delivery to the customers. Detailed performance data are available, and a number of firm orders have already been booked.

The DH.125 is a long-term project, involving a private venture of several million pounds, for an aircraft type which may well remain current for twenty years.

A multi-jet pressure-cabin aircraft, able to operate in the air-traffic control system anywhere, needs to be built like a small jet airliner, and by the builders of jet airliners. The DH.125 embodies some fifteen years of de Havilland experience in the development and operation of the Comet and Trident jet airliners. Indeed it is a product of the same team, and is backed by the same resources of research, design, testing tooling, production, and world-wide after-sale service.

Equally necessary for such an aircraft is the long experience of design in the light transport category. Since the days of the DH.84 Dragon of 1932, de Havilland have always built small multi-engined aircraft for private, commercial and general purposes and marketed them on a world-wide basis. The Dover is a current example; of this more than five hundred aircraft have long been in universal service.

The combination of technical understanding in the jet airliner and the light-transport fields has produced in the DH.125 an aircraft of simple and robust design, without the complexity of power controls, to fly fast and high with full passenger comfort and adequate roominess, able to carry and make use of comprehensive navigational equipment, yet suitable for operation from good grass fields of modest length.

A wide variety of interior arrangements is offered. For private or business use armchairs or settees for six people would be a suitable furnishing layout. With a payload of over half a ton, including baggage, the still-air range is about 1900 statute miles, 3050km., so that practical stages of a thousand mile or more can be flown. The maximum take-off weight is 19,000lb., 8618kg.

There is a vestibule forward with provision for serving refreshments, and having a large luggage bay opposite the wide doorway. The lavatory, well appointed and with running water, is located aft, between two wardrobes. All luggage is thus accessible in flight. The flight deck is designed for a crew of either one or two pilots, and their movements before departure need not intrude upon the passenger cabin.

The recessed aisle between the seats, unencumbered by wing structure, gives headroom of 5ft. 9ins, 1.75metres, and makes the seats easily accessible. The cabin width is 5ft. 11ins., 1.8metres.

The Bristol Siddeley Viper 20 engine have an output of 3,000lb., 1361kg. static thrust, and is the latest version of the famous engine which has a background of some ten years and a quarter million flying hours of arduous and successful service, much of this in military flying-school duty with conditions far more severe than are encountered in route flying.

Other Civil and Military Purposes

An aircraft of this size can be fitted with 8 seats in airliner arrangement, or 12 inward-facing seats for utility communications. It can be used for casualty evacuation with six stretchers and two seats, and it is ideal for modern photographic survey, the field performance being a distinct advantage in both these roles.

Having full dual control with a representative modern cockpit, the 125 serves as an effective trainer for civil or military pilots converting to the multi-engined jets. Moreover, the cabin easily accommodates four complete banks of radio equipment with seats for operators, so that it affords an economical flying classroom for navigational training at jet speeds, with one instructor and three pupils. It is excellent for airfield radar calibration work, either civil or military; the Dove, with a smaller cabin, has been successfully employed on this duty for several years.

With extended fuselage nose the DH.125 is highly suitable for the NASARR role (North American Search and Radar Ranging), a serious and often expensive operation. One pupil occupies the left-hand pilot seat with the instructor beside him, while four pupils operate monitoring sets in the cabin.

Indeed, with the growing use of electronics there are several operational and training roles for which a small twin-jet aircraft fully equipped and having docile flying qualities, and simple systems, shows quite outstanding economies.

There is keen international competition in this new field but the DH.125 has two main advantages over other aircraft. One is the lower costing associated with a European product designed and built “under one roof”; it appears that the DH.125 will cost much less than any comparable aircraft. The other is in the practical qualities of size and capability which have been designed into the DH.125 out of de Havilland’s unique experience and leadership in this category since 1932. 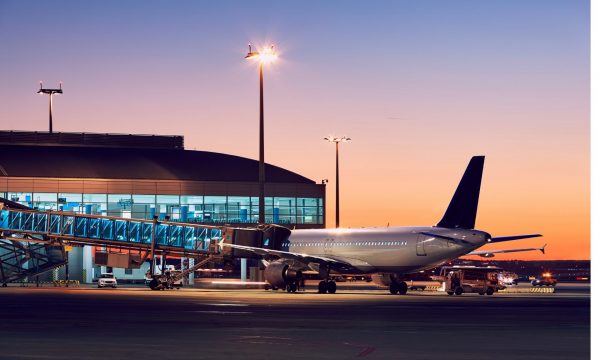