Is your aircraft ice legal?

In colder climates and as the winter sets in, the risk of aircraft icing increases. Without the correct ice protection, icing conditions can severely impact your aircraft, increasing drag, and decreasing lift, preventing the aircraft from maintaining controlled flight and risking unrecoverable wing or tail stall.

If you make the investment required to equip your aircraft for ice, it’s important to know that it will guard against the eventualities associated with freezing precipitation, icy clouds and unexpected showers. But whilst this may assure the safety of you and your passengers, you may not actually be certified for flight in icing conditions or legally allowed to launch year-round if there is risk of known icing.

What is Flight into Known Icing?

Flight Into Known Icing (FIKI), refers to an aircraft taking off into or flying through atmospheric conditions in which the formation of ice is present in flight and which has been forecast via pilot reports and other weather measurement tools.

Many aircraft are equipped with dei-cing or anti-icing systems to provide protection in an emergency. However, unless the aircraft has been explicitly FIKI certified, it’s not legal for take-off into known icing conditions under FAA rules, and shouldn’t be flown through icing conditions for any longer than is necessary to escape the conditions.

How is FIKI certification obtained

Rigorous testing is required for FIKI certification to ensure that an aircraft can safely operate throughout atmospheric icing conditions in terms of altitude, temperature, Liquid Water Content (LWC), and drop size, which comprise the icing envelope.

In a 45-minute simulation hold of the aircraft in continuous maximum icing conditions (such as that found in stratus clouds) the antennas, landing gear, fuselage nose cones (or radomes), fuel tank vents, fuel tip tanks, and the leading edges are observed. Certification is granted if the aircraft can operate safely in significant icing conditions.

Installing ice protection equipment which is certified to meet FAA FIKI regulations can provide you with safety and protection from both known and unexpected icing conditions. There are a few different ice protection systems that can be employed, with different levels of effectiveness.

Boots: Pneumatic boots are fitted to the leading edges of an aircraft and provide de-icing. They consist of a narrow strip of rubber which inflates once ice has formed to break it off.

TKS: TKS releases a freezing point depression solution across the frame of an aircraft from dispersion panels fitted to the leading edges, windscreen and propeller. It provides both de-icing and anti-icing capabilities.

While both systems provide de-icing capability and are FIKI-certified, there are some significant differences in function and performance between boots and TKS.

Anti-ice vs de-ice
Boots only provide a de-icing function, which means they can only remove ice that has already formed on the aircraft.
TKS provides both de-icing and anti-icing, which helps to prevent ice from forming to begin with, as well as remove anything that may have built up.

Protected areas
Fitted to the leading edges of an aircraft, boots can remove a large proportion of the ice. This means that any ice that has formed on other areas of the frame is not addressed, and this can disturb aerodynamics and cause performance losses.

TKS panels are fitted to cover leading edges, the windscreen and propellers, and due to the nature of the system provides protection to the entire frame, thus maintaining flight performance.

Weight
On a typical single engine piston aircraft such as the Bonanza, boots will add approximately 52lbs in hardware weight, while TKS will add around 40lb in hardware, plus another 70lbs in fluid.

Erosion resistance
The more resistant a system is to erosion the longer it will function at its best and the less maintenance or replacement it requires. As boots are usually made from synthetic rubber, they are susceptible to erosion from the elements and prone to fatigue, so can require replacing every five to ten years. TKS panels are made from titanium and are extremely resistant to erosion, which means they can last the lifetime of the aircraft.

Operational duration
As long as they receive a supply of high-pressure air boots can be used as and when required throughout the flight. TKS can also operate as required so long as there is fluid in the system, with active operation averaging around 2.5 hours.

Longevity
Boots can last 5-10 years before they need to be replaced, while TKS panels can last for the aircraft lifetime.

Each system offers different pros and cons, but TKS not only provides more comprehensive protection against icing conditions, it represents a more cost-effective investment as its longevity and resistance to erosion means it’ll stay functional and effective for as long as the aircraft does.

Even if an aircraft is FIKI-certified, it’s vital to recognise that this doesn’t constitute a cast-iron guarantee against the risks of icing.

FIKI certification should be seen as a minimum standard for flights into icing conditions. FIKI testing measures the performance of ice protection systems within certain parameters, but no test can account for every possible set of circumstances. Thus, pilots should always take every precaution to minimise time spent in icing conditions, as well as ensuring that ice protection systems are maintained according to the manufacturer’s instructions and deployed correctly during the flight.

No plane can fly indefinitely with heavy ice build-up without suffering increased drag, reduced lift and impeded handling characteristics, and there will be variations in performance degradation across different aircraft models and different ice protection systems even if all are FIKI-certified.

It’s also important that pilots take the time to fully understand and weigh the benefits of different ice protection systems when choosing a retrofit option.

While FIKI certification is an important benchmark denoting a system’s ability to perform in common icing conditions, this doesn’t imply that all FIKI-certified icing systems work the same. Making the right choice regarding your retrofit system means weighing up multiple factors to find the most appropriate ice protection system for your needs. 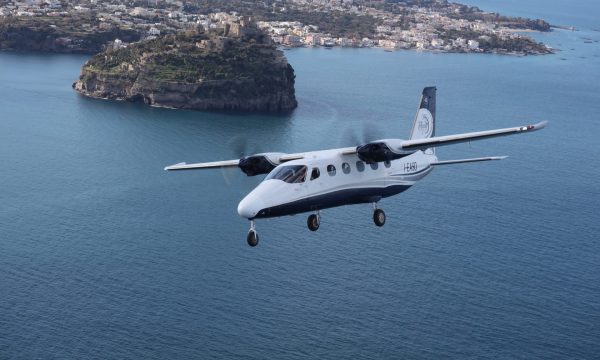