Roger Florkiewicz lives in the northwest Indiana and primarily flies throughout the Midwest, Upper Midwest and East Coast. He owns a 2011 Cessna T206H equipped with inadvertent TKS Ice Protection, which he has been flying for over 9 years. 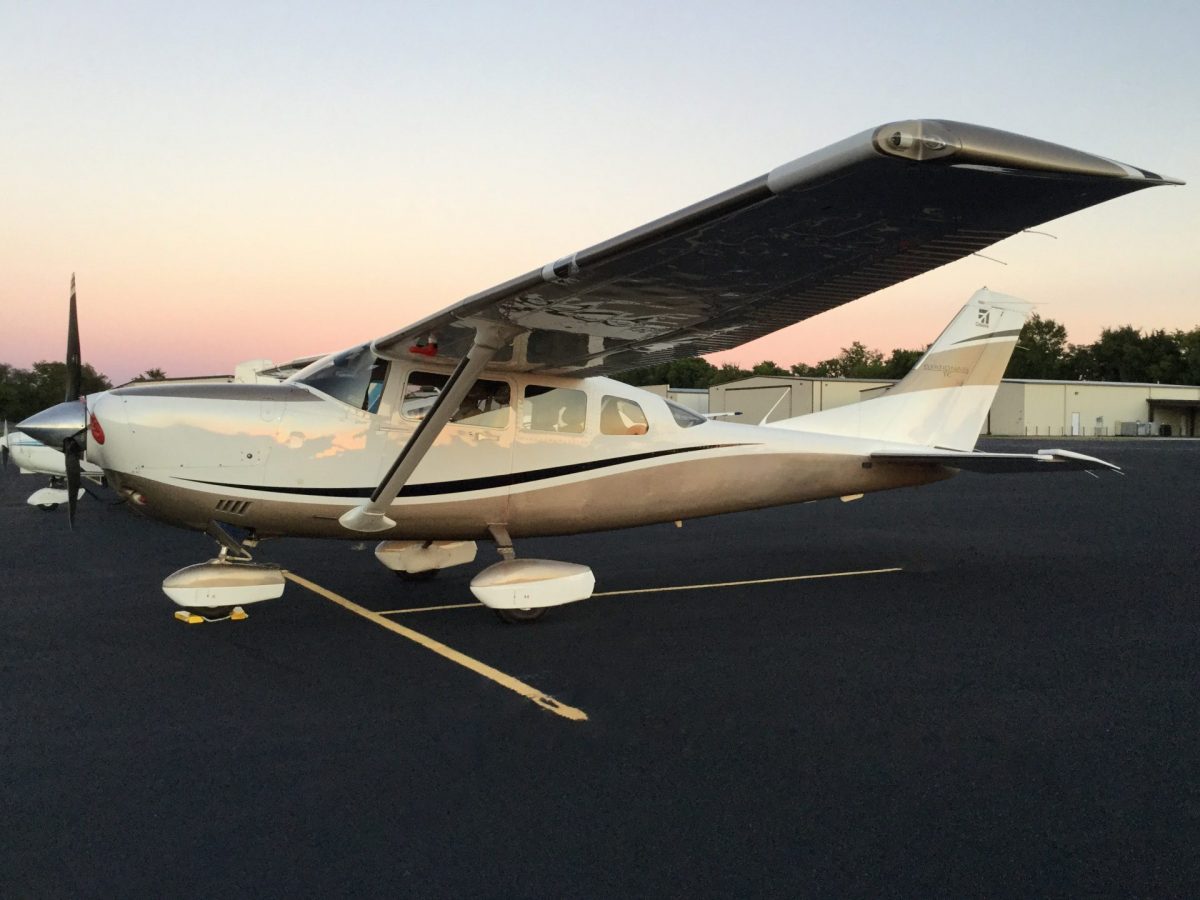 I have been flying since 1992 and got my instrument rating in 1994. Flying for business is my primary use of the pilot certificate, other than flying to Oshkosh every year.

My first flight was at seven years old flying to Eagle River, Wisconsin for vacation. My dad got hurt at work and asked his friend Charles, who owned a Cessna 182, to take me and my older brother up to my uncle’s cabin so we wouldn’t miss our vacation. My mom, dad and younger brother ended up driving a couple of days later after they heard how excited we were to be there, and how amazing it was that our flight cut six hours off the normal eight hour-long drive. I was hooked ever since that flight. Once I built my house and saved some money, I got it done.

My wife and I wanted to better take care of my daughter who receives outpatient treatment at the National Institute of Health in Maryland. We saw the TKS system at Oshkosh and thought, not only does it make sense that we can make more promises to customers and have specific dates, I would also have the ability to save the wear and tear of commercial flights on my wife and daughter from the personal side. We really had both aspects of it together.

We use it every time we fly in the winter, always on deice mode. Once I get into the clouds I would turn on the anti-ice, but I’ve seen ice build so quickly. With a 7.5 gallon tank, I know that I have a good hour-and-a-half of fluid. So if I’m building up any ice, I will turn my pitot heat on and turn on the deice mode. I don’t mind going through an extra 10 or 20 gallons per year if I need to. I want that belt and suspenders, the rubber safety mat and all the extra things I can get.

In deice mode, you can see the fluid flowing like a shower head and draining back on the wing panels. The prop slinger works great and covers most of the fuselage. Only on a few occasions have I ever used the windshield spray bar. That was generally to blow off a bit of the atomized spray the glycol seems to want to keep in perfectly small droplets. Sometimes I’ll turn the spray bar on to get the streaks again so I can see a little more clearly for landing.

We’ve come to the conclusion that there is no way we would ever buy another plane without deice capability. There’s no doubt in my mind that the planes I’ve flown with boots versus TKS, the TKS is far superior in every shape and form.

There are times that we’ve carried the trade for fuel and the trade for passengers. Now we also trade off passengers for the TKS. There’s times where I’ll tell people now, “Sorry, four people.” My colleagues will have two 30-pound laptop bags. We will fly with three people and the two laptop bags or four people and no laptops, because I’ve got the 120 or so pounds of safety in the back. With the nose heaviness of the 206, having that extra weight in the tail works out well. It makes a much better angle of approach for that greased in landing.

Having TKS gives me the feeling that inadvertent icing is not going to be an impossible thing to get through. There are days where I still say, “Nope. It’s not going to be any better.” But I knew what I could carry before from an ice standpoint. Having extra horsepower from the turbo in front of me with the 206 always gives a good feeling. I know I have an exit plan if I run into things, which is to get down, get between layers or get up above it.

In my head, I always thought that TKS would involve major surgery. You buy TKS with a new plane, you don’t add it later. The big realization was that when I came over and actually saw the construction of the panels, saw the cross-sections and how it was done, there wasn’t a cutaway of my entire leading edge. You find out that the panels are basically glued on with a PRC bead. Then we got more into the details, for example, how you adjust flow controls. With TKS it’s already done–balanced and set up, and you’re turning on a switch.

The simplicity of the system is what really struck me as one of the greatest things. You don’t have that fear of the ice. And you also don’t have that fear of “Am I doing something wrong? How complex can it be?” If I’m flying IFR and I’m in icing, trying to find the closest airport to get out of it, I don’t want a bunch of Wizard of Oz levers and knobs turning and flowing. It just needs to be there. Thankfully, it is that easy. It just works.

The cost of the system looks like a scary investment compared to the glitz and glamor of new flat panel displays, traffic monitoring, weather reporting or those type of things. But the utility that you get with TKS as far as an investment gives you such peace of mind.

Learn More About TKS for the Cessna 206