Ryan H. lives in northern Wisconsin and primarily flies within the Upper Midwest (Wisconsin, Minnesota and Michigan) and occasionally the Rockies. He is the owner of a 1998 Cessna 182 and has flown the inadvertent TKS Ice Protection equipped airplane for 6 years. 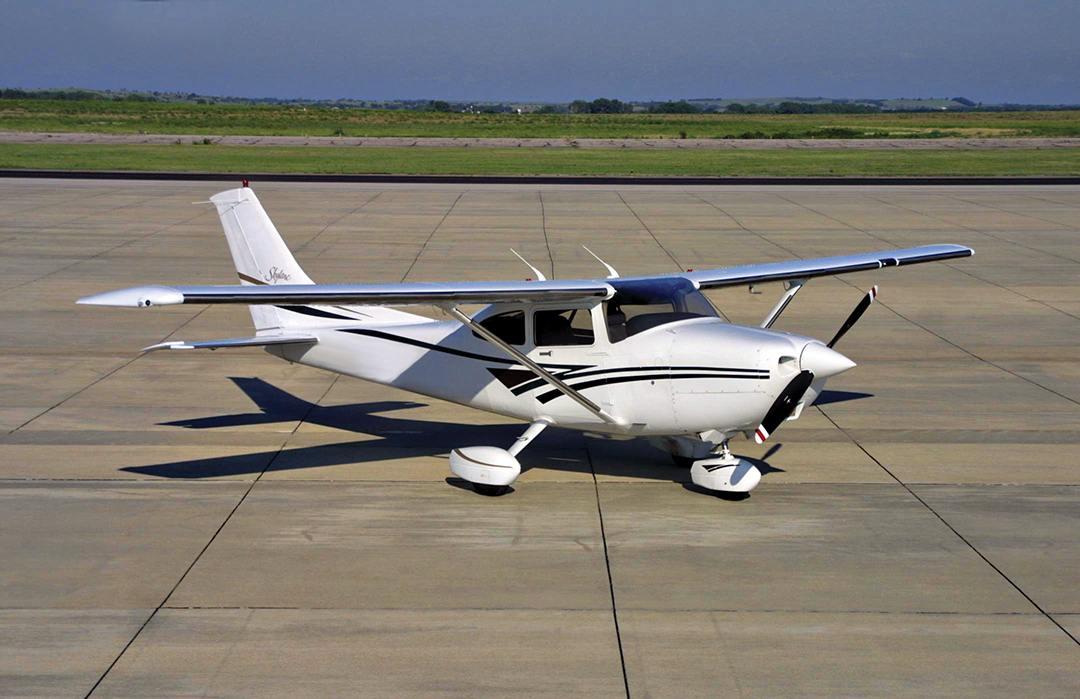 I’ve been interested in aviation since I was quite young.

I had a prior experience with an A36 owner who showed me the system’s icing capabilities and the safety margin it provides.

I frequently use the 182 to go skiing in the Upper Peninsula of Michigan. Of course, with the Great Lakes there’s frequently icing conditions. It allows me to start and complete those missions with a low danger and anxiety factor. I know I’ve done it so many times, I know the airplane and it gets me there. Even with smart flight planning, you can still get into icing you didn’t expect. TKS will get you out of that, in my experience, at any time without an issue.

Where I go is the Keweenaw Peninsula. It sticks out into Lake Superior and has some of the worst weather in the world. It snows 300 inches there, which is totally different than 300 inches in Colorado. The snow stays around. I’ve never seen so much snow. You come out and there’s a foot and a half of snow on top of your airplane from overnight. How are you going to get it off? You brush it off, flip on the TKS and off you go.

There’s a friend I frequently ski in Michigan with, and he was ranting out on the ramp that the ice was terrible and so on. He gets in the airplane and five minutes later he’s turning off the de-ice because we don’t need it. We found a layer in between the clouds. From five minutes he goes from “This is dangerous” to “We don’t need it anymore.” You see this transformation of flying with other pilots who realize the utility and what TKS brings. From the ground de-icing to the in-air stuff, it just can’t be beat. I don’t see another system that even comes close to this.

Coming out of Evanston, Wyoming. Over Wyoming the radar didn’t look too bad but we ended up in some pretty bad icing with very few alternate airports around. Having the TKS was absolutely reassuring. Again, the conditions weren’t predicted to be that bad. To be able to just push on through that, knowing that when I came out the backside of it, all would be well. And I had more than enough TKS fluid to get through it. You know, that’s reassuring having your family aboard and being able to say that there’s nothing really to worry about. You can push on. Every experience is memorable.

They compare Dutch Harbor, Alaska to be some of the worst weather to fly in. Horton, Michigan has it beat most days. The average weather up there in the winter are winds at 25 gusting to 35 and heavy snow. Thankfully the runway is lined up to the northwest. They designed it that way. You don’t show up there without solid instrument skills. Other than the FedEx airplanes and the regional jets, there’s one other guy who goes in and out of there. He has a Mooney with TKS.

Yes. I’ve flown Twin Cessnas with FIKI boots. I personally have an A36 Bonanza that has boots. Although they have their pluses, when the ice is serious or there’s a concern for even moderate icing, you feel a lot more reassured when you have the TKS system.

It can be a ground de-ice. I go out to my airplane. There’s freezing rain. There’s snow. There’s whatever. I had a buddy of mine who had seen it before but he hadn’t seen that much. He taxis to the end of the runway, makes sure it’s all cleared off and takes off. One of the tricks is a mosquito sprayer with TKS in it. The ground de-ice is priceless.

Some people talk about your system and say “It won’t de-ice the airplane.” That’s simply not true. It absolutely will. It takes a few minutes to get there, but it will de-ice an airplane. People think it’s just anti-ice which is true on your lower settings in particular.