The post below from Beechtalk.com is used with Mr. Sanderson’s permission. 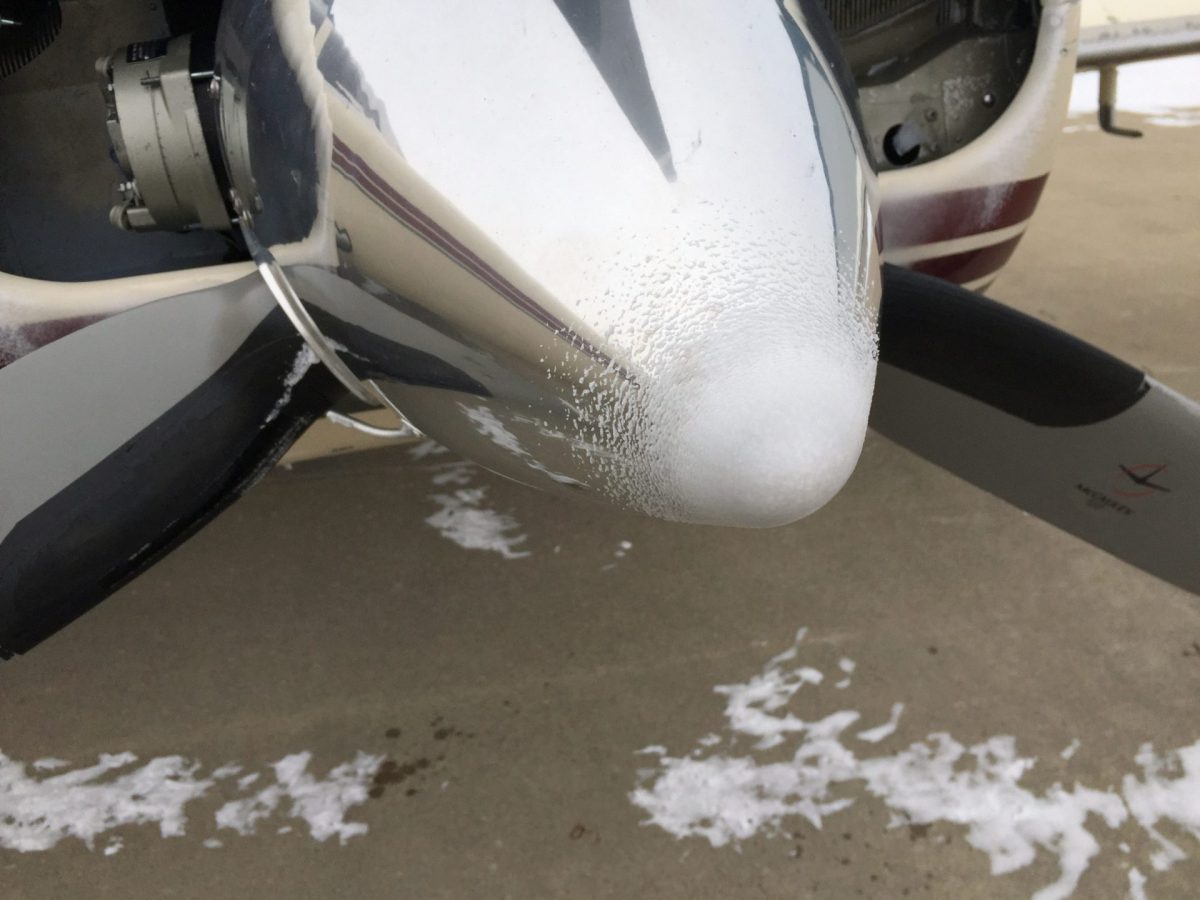 Was able to put TKS to the test today.

Flew to Racine, Wisconsin and back in freezing IMC across Lake Michigan. About an hour trip each way. On the way there I mostly was below the clouds and had some impact snow on the leading edges after landing. Did not use the TKS as I wanted to build up some ice and see how it handled the ice after it already formed.

So, 1 1/2 hours later a warm front is moving in and ceilings go down. I prime the system on the ground, but do not leave it on. I enter IMC at 2500 ft and start picking up ice at 3500 ft with my final altitude at 7000 with light rime being constant. After the windshield gets covered I flipped on the TKS and wait. The tail now has probably 1/4 inch on it, but I have not lost any speed. I really can’t see the leading edges of the wings other than the left inboard which starts to peel off the ice immediately. After roughly 30 minutes the tail starts to shed ice off the left side and is completely clean (Temp was 14F.) The right side shed about 1/2 the surface area. 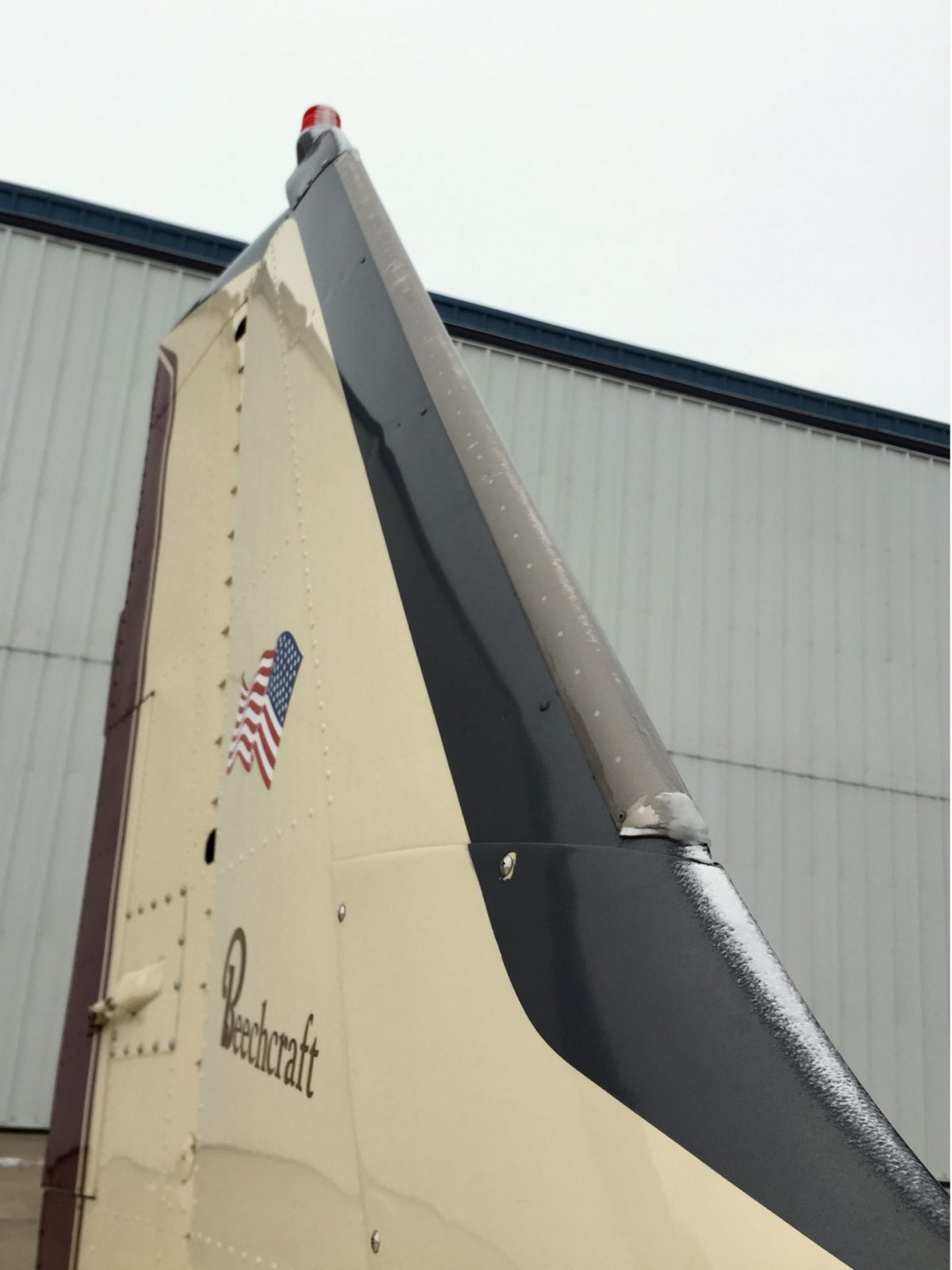 After landing I looked the whole plane over. The props were completely clean other than the front of the spinners. Left tail was clean, right tail about 1/2 clean. Right and left wings were about 1/2 clean as well. The vertical was 100% clean. The inlets air inlets on the side of the cowls had about 1/2″ ice on the front lip and so did the comm antennas, but there was no ice anywhere else on the plane. I think that the slinging TKS does a good job of coating the airframe. 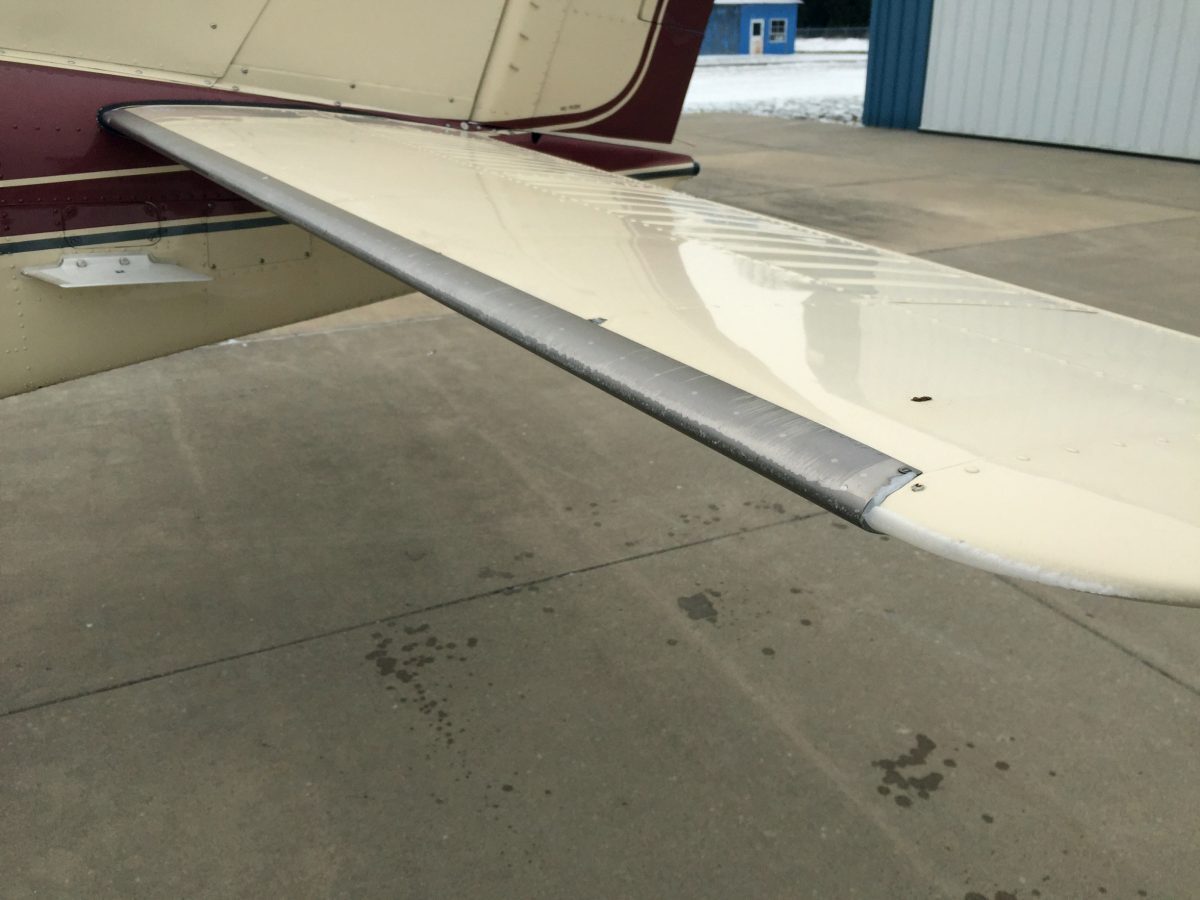 The windshield easily shed the ice with two momentary cycles of the switch.

So, given time the TKS will shed the ice – even almost 20F below freezing; however, it would be wise to have it operating well in advance of the ice. In fact, I am going to carry a small 1/2 gallon sprayer to spray the leading edges or whatever needs de-iced if ice is already on the plane.

BTW, I used just over 2 gallons in the 40 minutes or so I had the system on. I had it on “maximum for roughly 7 minutes during that time.

Anyway, the system works – just need to use it correctly. 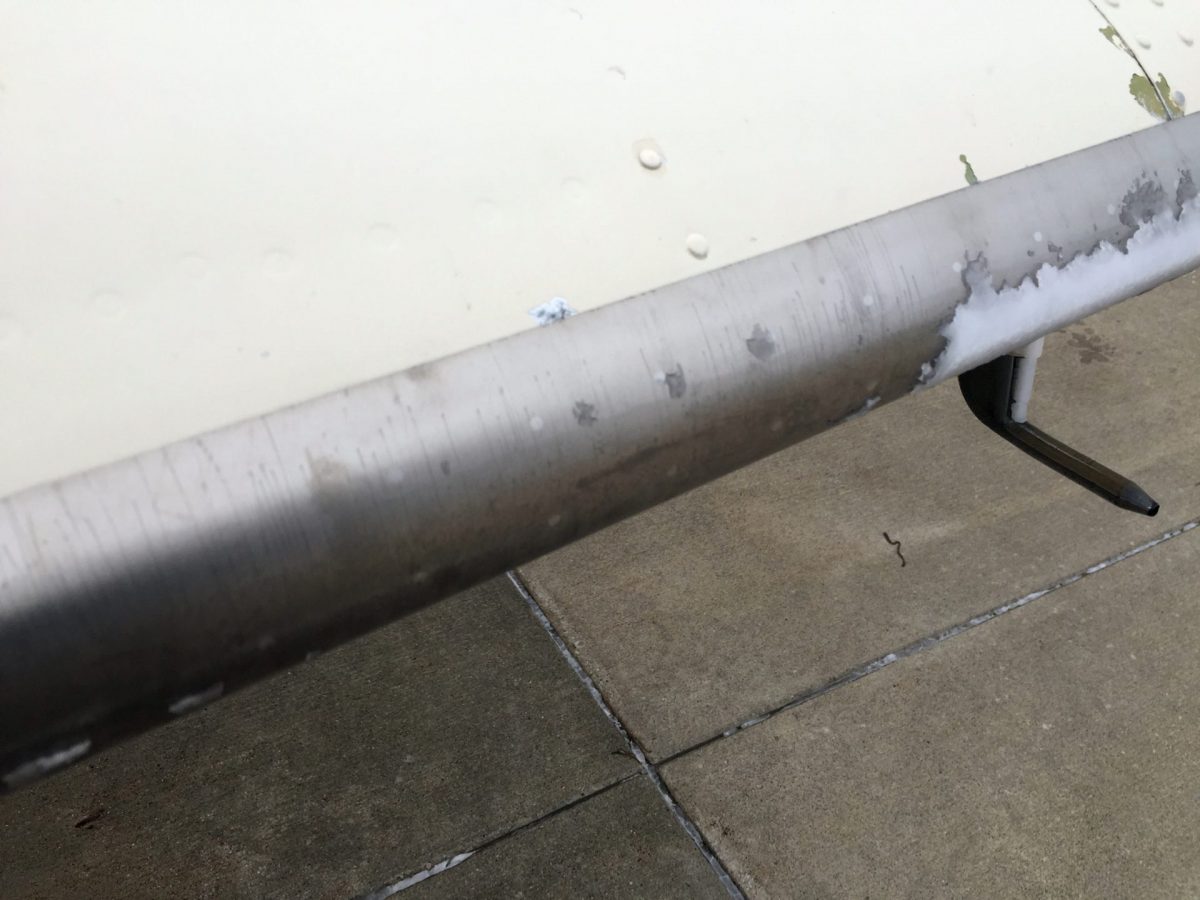 The real bonus to this plane is the FIKI TKS system. This system makes icing virtually a non-issue when flying in freezing conditions. I have owned Barons, Dukes, 310s and many other planes with boots and there is absolutely no comparison. The TKS fluid covers the entire air frame making it impossible for ice to stick to anything. Please see the attached pictures showing the ice on the unprotected wingtips vs the rest of the plane. We were in icing conditions for an hour over Lake Michigan and lost no discernible airspeed. The only ice was on the wingtips, the comm antenna, and the prop spinners. I can’t stress enough what a great safety tool this is if you fly in icing conditions. If you cancel a trip, it will not be due to icing forecasts. 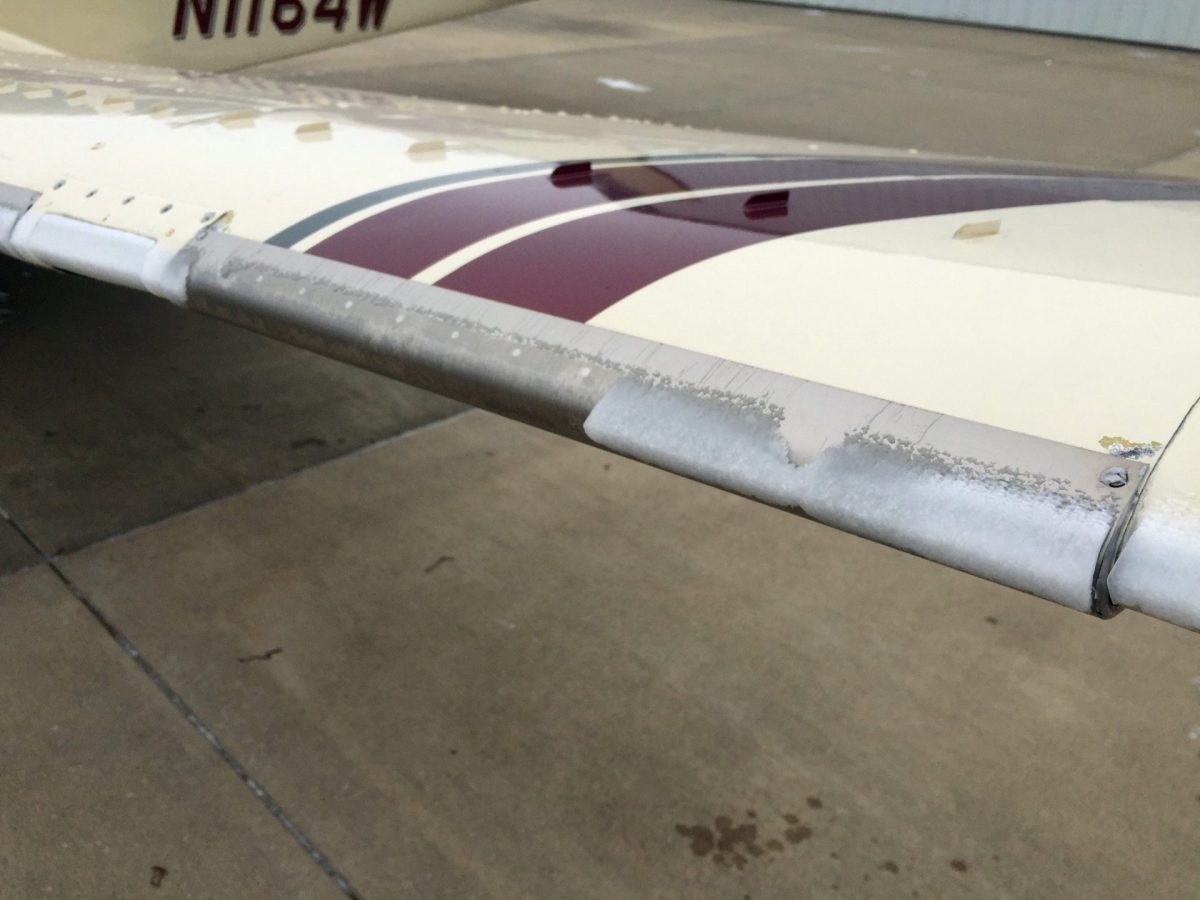 Now, having owned 10 aircraft with boots let me tell you what I did not like about them:

I do agree the fluid is a little bit of work, but it is nothing compared to maintaining boots to keep them healthy and looking good. I also agree that the TKS leaves a couple puddles in the hangar if you don’t turn off the TKS before you land. Having owned both systems I will take the TKS.