Ed Haines lives in Michigan and is the previous owner of a 1986 Beechcraft A36 Bonanza equipped with inadvertent TKS Ice Protection, which he flew for over 10 years. 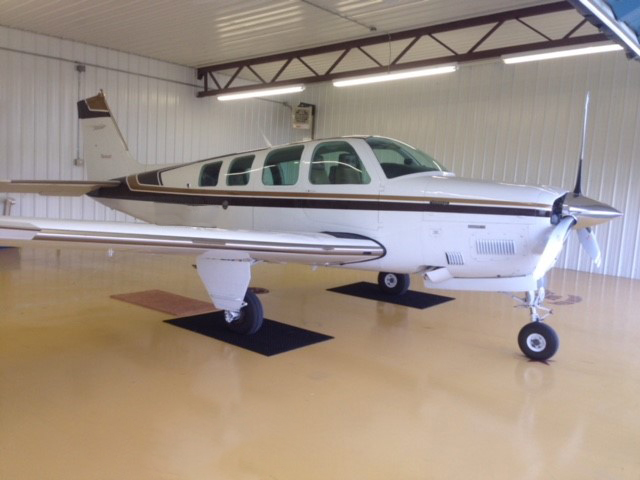 I did drilling and oil consulting for a major oil and gas exploration company in Traverse City. They had a Beechcraft Baron, Cessna Conquest, a helicopter, and a 1979 Cessna 172. With one-and-a-half hours of training, they sold the 172 to me for about $16,000 and I started flying lessons.

Although boots are an option, I didn’t really see any other option than TKS. I studied the system pretty good and saw the guys on Beechtalk really liked it. I had the TN system installed at Tornado Alley Turbo in Oklahoma and while there decided to have TKS installed right after. The turbo-normalizer and TKS are hand-in-hand systems. If you have a turbo-normalized system and don’t have TKS, you’re wasting your money somewhere.

Traverse City can be gloomy for about 4 months. A lot of the time that’s only in the first 2,000 feet and you’re up in blue sky. But if you don’t have an ice protection system, you’re grounded for a good portion of the year. The TKS system allowed me to take off at nearly any point.

A lot of times I went south where it would be warmer, so you’re not really concerned about ice at the destination. Your enroute time might be ice-free, but getting back in at your destination could mean flying through several thousand feet of potential ice. Many times that’s exactly what happened. But instead of being puckered up while exiting the ice, you’re stress free.

I flew with other pilots that were amazed at how good a job the system performed. We would see ice accumulate on the windscreen, and then it just rots away as the fluid streams across. The ice was trying to build, but the system wouldn’t allow it.

Any truly memorable experiences in icing with TKS?

I flew the Bonanza to Hilton Head, South Carolina one time. This was before I started going to Arizona. The pilot I flew with never had a deicing system but had flown in a couple of Cessna 182RGs. On the way home we had several thousand feet of light to moderate icing coming back into Traverse City. We turned the system on at 7,000 feet, started our descent shortly after, and entered the clouds at around 4,000 feet. Traverse City is around 600 feet sea level. The ceilings were pretty low. I just remember the smile on his face. We saw the ice trying to build on the airplane, and the system kept it clean.